Bulgaria Analytica - a video transcript The UK deserves Boris to lead it out of the EU - why this is a good thing? 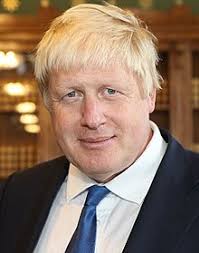 The results of the UK elections are known - Boris wins. There is sound logic in election outcomes and in everything that happens after that.
First, the UK, like any other EU country, has the right to a "horrible end" as the preferred option to an "endless horror". The Brits, like everyone else, are fully entitled to make their errors and to repent on them, as we are not sure at the moment whether these are the correct definitions of failure and repentance.
Nothing is definitive in life and history except death.
The UK is far from dead, and if there is anything more frightening than leaving the EU under uncertain terms, it is an endless state of uncertainty and unpredictability. It is essential for the UK and the EU to call it a day, and to think beyond the Brexit, including to consider the positive impact it could have on the reform process within the EU should Britain prove more successful out than in the EU. The collective complacency that underlies the denial of rationality in the British choice is the wrong recipe at the wrong time.
Secondly, unfortunately, the EU and the EC have not identified and confessed to their role in this Brexit. If we fail to understand the hidden drivers, the next exit will follow. Assuming Mr.Putin is behind the Brexit, he has already predicted that by 2030, an East European country will leave the EU. And Hungary is not the only suspect.
Third, Brexit is not a one-act play. It depends on the EU, whether there will be a sequel or Scotland will secede, or Ireland will unite. Such outcomes are not preordained, and a lot will depend on the EU.
The argument that Boris Johnson is a populist who deliberately leads Britain to the abyss is outright dumb.
Look at how many of the leaders in Europe will qualify as populists and extremists. Is PM Borisov less populist? Or Orban, or Macron. Or more immune to Mr. Putin's overtures?
In general, there has been too much partisan passion for covering Brexit. So far, many observers have failed to accept that President Trump is a legitimate and credible choice for Americans. That Boris Johnson is not a marginal but a mainstream politician in the United Kingdom who captures prevailing or at least well-motivated public sentiments.
You may not like it, but this is democracy in action.
Not like the Bulgarian prosecutorial democracy, where elections do not produce rulers who care about the voters.
That is why it makes no sense for a Bulgarian to wait for the next elections as they will produce nothing.
Finally - the best the UK could get was Boris Johnson, to lead the country out of the EU.
Публикувано от Ilian Vassilev в 17:23 ч.