After Kerry's visit - business as usual with Russia? Unlikely - Part 3 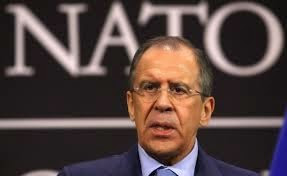 Eastern Europe - from a weak link to a frontline status

Paradoxical as it may seem, but it is precisely because of Kremlin's strategic focus shift towards acquiring assets in the West, and ignoring its former allies, that today Central and Eastern Europe is relatively in a less vulnerable state than most of old Europe. Suffice to mention the hundreds of billions of dollars withdrawn from EU financial centers, rerouted to different locations in Asia and Latin America by Russian companies and oligarchs on direct orders from the Kremlin. Tens of billions of euros were lost by the West in sanctioned business transactions in or with Russia.

Russia became a prey of its own policy of neglect and arrogance, refusing equal treatment of business partners in Central and Eastern Europe. Trade volumes and market shares of CEE companies in Russia could hardly be equal or be close to that of their Western counterparts. The difference is not in per centages but in times. Paradoxically, the fact that Russia did not find it worthy to attract CEE business to the Russian markets and thereby generate new economic dependencies of political and business circles in CEE, left Kremlin sympathizers in the region with the only options to broker deals with Russian energy companies in the CEE. While it is true that Russian ownership of key assets and influence are proportionally much stronger in Central and Eastern Europe than in Western Europe, there is no doubt that the Ukrainian crisis and new EU regulation led to substantial loss in the geopolitical capital of Russia in its former allies in Eastern Europe. The determination of the European Commission to enforce EU sovereignty over its own energy markets dealt a mortal blow to the efficiency and scope of applicability of Russia's energy weapon.

Lacking high gas prices and multi-billion Russian energy projects, with the political risk associated with doing business with Russian companies on the rise and access to global capital markets virtually cut - Moscow's ability to oil wheels in CEE had been drastically undermined. This is particularly exemplary in the demise of a sequence of “gas stream” projects hit by the reluctance of the EU to engage.

Forecasts and trends are no comfort either for the Kremlin as the CEE region has reached a degree of integration within the EU which cannot be reversed or severed. Moreover, the hypothetical Russian alternative to EU membership for the CEE countries is not only murky but highly unappealing.

It is true that in Bulgaria the share of people who identify a Russian threat following the events in the Ukraine is not at par with the levels in Poland, the Baltic countries or even Romania. The proportions and numbers of radical Russophiles and pro-Russia circles - i.e. those who put allegiance to Moscow above their European and even national identity - is higher than elsewhere in the EU. Such individuals and groups are likely to act as a "Trojan horse" rupturing loopholes in the national and collective security shield of NATO.

In military planning these liabilities must be factored in, which adds additional heavy costs. But the comparisons should be mostly made not between CEE countries but in respect to previous status and trend shifts.

Circles in Bulgaria that advocate pro-European and Atlanticist route of development have been able to consolidate their base and to re-ascertain their prevalence on the domestic political scene precisely because most people had to pick between Europe and Eurasia for the first time since joining NATO and the EU.

Another indicator of major shifts in public mood and perception is the level of support for Russian energy projects in the country that regularly exceeded in the past 70-80 per cent. Today all of them have registered significant drop in support to levels that allow the Government of Bulgaria to pursue the mainstream in EU energy policies and even dare cancel some of them. Most of these dramatic swings in the public perceptions are the byproduct of an ill-conceived and poorly executed policy line by the Kremlin that stresses political motivation over business logic. The omnipresent imperial oversight and neglect for the real concern, constraints and needs of the host countries, as well as the over reliance on amortized channels of communication used by the old Nomenklatura - all that played a part in the current quagmire in Russia’s East European policy.

It might seem an overstatement to many but Bulgaria today is fully capable of enduring a total severance of economic relations with Russia with the only remaining gap of dependence - the import of gas - closing up in the next 12 months. This does not mean that the country will not suffer losses nor that it is a preferred choice - but that the closest ally of the Soviet Union and a natural friend of Russia can afford to keep an independent line with lesser risk for its economic development while building up its political and economic diversification base.
Strategic risk analyses for the CEE region cover mostly indigenous factors - lack of reforms, corruption, low levels of productivity and inefficiencies in the value chain - and not external threats including the Ukrainian crisis or Russia’s overt and covert actions.

None of the above derives from new open dependencies on Russia.

Russia does not fare well as a global leader – due to its poor technological and economic fundamentals. The window of opportunity for Russia is quickly closing in and turning into a window of vulnerability. Equally the success of Russia is not contingent to the state of its affairs with the CEE region, but on its internal reforms and success in redressing other key economic, regional and demographic balances.

An exit route from the current crisis in relations between the West and Russia will certainly be found, but there is little chance it will lie in history backtracks to the policy of spheres of influence.

If Kremlin continues to insist on the legitimacy of its actions in Crimea and Eastern Ukraine and preaches that a return to the situation before the annexation is inconceivable in the long term, then the re-balancing in Russia-West relations will go through the purgatory of a even deeper crisis, experiencing a sustained period of extreme confrontation - an information warfare as a minimum. Putin might again retort to the Potemkin type of diplomacy and soft spoken language - but there hardly will be any shift in the hardline premises for his foreign policy.

An implicit or explicit recognition of an exclusive Russia zone in Eastern Europe could, in the eyes of Kremlin strategists, trigger a similar chain of “zone” claims from other great powers, which will ultimately lead to the demise of post-war order in Europe and a return to the logic of international relations not only of Metternich times, but also of Hitler, Musolini and Stalin.

Chancellor Merkel - the voice of Europe

Not by incident Chancellor Merkel went out of her way to blatantly call the annexation of the Crimea an "unlawful and criminal" act in the presence of the Russian leader in Moscow. Not only this is extremely unusual of her – but it is a stark reminder of how grave the situation is. There will be limited room for compromise or appeasement until or unless Putin revokes his claim on other countries’ territories or the West gives up on Crimea and yield in to Russia's creeping imperialism. Some believe the Russian presidnet could still pull some tricks with regard to Iran or Syria, which might prove appealing in a pre-election year in the US.

A lasting confrontation with and a detachment from Europe is not in the interest of the Russian people either, as it besets reforms and solutions to profound social, demographic and economic problems in the country. The anesthesia of the national pride and parade glory has its own objective limitations and needs to be sustained with constant recurrence of external crises and new conflicts.
After the devaluation of the energy weapon and the obvious bluff - the threat to first use nuclear weapons - called in, the Kremlin migth be tempted to resort to the use of the immigration weapon - a threat that if the West does not agree to cooperate with Putin he will open the border to disaffected Russians to leave and flood Europe.

Access to the global capital markets and imports of Western technology is a dire need, a vacuum that needs to be dealt with utmost urgency. The reserves of the Russian government are being depleted and new income levels are not able to replenish them to the critical levels. Whole industries are totally dependent on state financial support.

After the Streams’ Saga and Gazrpom’s loss of face, the only two remaining industries with global aspirations are the defense and the nuclear energy industry. In spite of sustained high levels of military exports, the Russian Defense Industry is experiencing severe shortages of funding, threatening to bring to insolvency some of the prides at the Parade - the Armata tanks.

The nuclear industry faces an even deeper problem - Rosatom claims to have a list of 29 reactors in the pipeline to build across the globe in the next few years. The main sweetener for host governments to use Russian nuclear technology is the package deal - EPC plus funding. Yet the latter depends on the ability of the government to provide long-term loans well above $ 130 billion, which is out of the question to be financed by the Russian government. Looking at the list of projects coming on line in the next two years it is not that difficult to deduce that unless the Kremlin sorts out Rosatom’s problem in accessing capital markets, the new Russian global pride will have to forfeit on most of the new contracts.

A similar tale could be told of other critical industries, of the skyrocketing bill of social welfare and health care.

Geopolitics might be the game where Vladimir Putin excels but reality checks take precedence. Defining the art of the possible is not an easy task for leaders that have lost internal sense of checks and balances, of humility towards the unaccomplisheable and respect for other nations interests.
Secretary Kerry's visit and its interpretations by the Kremlin are meant to create a sense of missed opportunity among EU members and a race to strike separatist deals in search of the final goal - revocation of the sanctions.

A possible recognition of the right of the Kremlin to determine the fate of Ukraine and to play EU members against each other with strategic visits of Western leaders to Moscow while CEE leaders are holding the EU Solidarity Line, will make it even harder to overcome the current conundrum.

On the contrary, the crisis will deepen, as the undercurrents feeding the conflict will further erode trust between the West and Russia with military confrontation becoming more likely.

The question is not who will pull the trigger and escalate the situation to a hotter phase but how and when. Putin thinks he can win by blending soft talk and strong actions.

The West has no choice but to prepare for the worst in order to prevent it.