Ilian Vassilev, August 24th, 2017 BulgariaAnalityca
Quod licet Jovi, non licet bovi
The Balkan Gas Hub – the Russian paradigm
The Balkan gas hub has become synonymous and in many ways a substitute for Bulgaria’s energy policy in the field of natural gas. In order to avoid speculating about the concept’s different variations, hereinafter is the official project draft, as presented by the national TSO, Bulgartransgaz, with a price tag above USD 2 billion.
Although this might not be the latest update, as it does not fully accommodate developments from Turkish Stream, the map is a fine departure point for an analytical exercise, explicitly demonstrating the virtues and the shortcomings in the conceptual design and implementation phase. 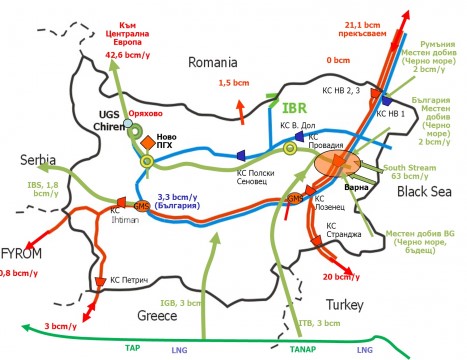