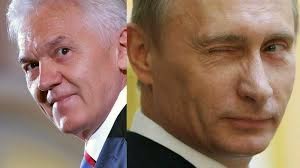 Recent news involving sanctioned Russian oligarch and failed bidder on South Stream in Bulgaria Genady Timchenko are a reminder of the ongoing warfare unleashed on Bulgaria by the Kremlin for daring to stick to EU line in the South Stream project saga.

Genady Timchenko - still not sure in what capacity - announced Kremlin's readiness to design, finance and build a gas pipeline initially meant to be part of the South Stream leg in Macedonia - from the Greek border through Macedonia into Serbia - called the Balkan Steram - to circumvent Bulgaria with Russian gas coming via the Turk Stream and the TAP.

As if all issues associated with building the Turk Stream and entering EU territory in Greece have already been resolved and Russian gas in huge quantities already delivered to the Greek-Macedonian border that Timchenko has wasted no time in sounded out resolve to engage in vintage Russian geoeconomics and use privately Russian state money to build gas infrastructure in 'friendlier countries'.

To add some badly need credence to a virtual reality projected to happen in EU acceding Macedonia Timchenko's 'bold' move came from the safe distance of Moscow. As if EU sanctions on Timchenko and his companies are confined to EU countries only. Again, nothing new - a regular information warfare salvo with no substance behind. yet meant to impress and signalling Moscow's discontent with the present Bulgarian government.

While the economics of TANAP are beyond doubt it remains to be seen whether and when Turkey will agree to Turk Stream competing and preempting Ankara's role as a transit hub for non-Russian gas. Enthusiasm in the Turkish government to speed up Turk Stream has expectedly subsided  If that is the case on the entry point in Turkey what is the worth of propaganda shots of subsequent infrastructure in Macedonia and Serbia initiated and meant to transport primarily Russian gas?

Again - if gas liquidity increases in the region it is far more likely that gas to Macedonia will first flow through the already existing gas pipeline to Macedonia, which has signigicant unused capacity capable of transporting almost 1 billion cubic meters more with subsequent offshoots north and westward.

At much lower cost and almost instantly.

You could place your bets on Mr. Timchenko's plan to circurcumvent Bulgaria or the lower cost options.

If the gameplan is to build, own and operate infrastructure in Macedonia - he should review the Third energy package lessons for South Stream in Bulgaria.
Публикувано от Ilian Vassilev в 17:37 ч.