Minsk-2 triumph of hope over reality, of form over substance 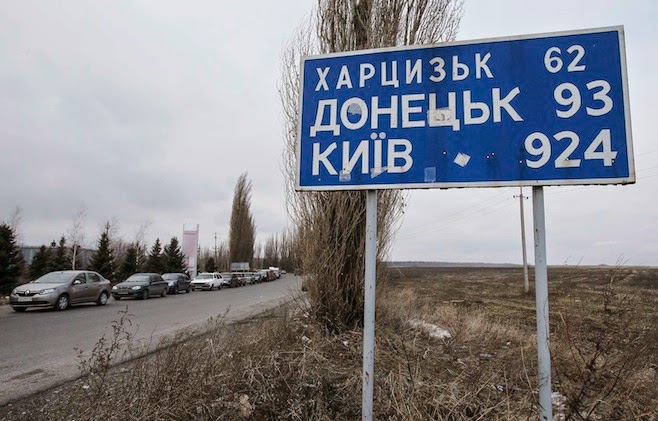 Minsk-2 is a triumph of form over substance, of hope over reality. Much needed timeout by all sides. Sanctions are in full swing biting deeper into the backyard of Putin's power base. He will soon need to warm up and reopen the new frozen conflict in Eastern Ukraine to engage the ordinary Russians attention away from trouble at home.
This is a hybrid war and ceasefires are not reached by pulling back heavy artillery. Some one high above - Mr. Putin himself - has to call off the propaganda and information troops and pull back the "green men" - a thing he will not do.
Poroshenko is predictably unhappy but he also stroke some winners - received gargantuan financial support and needed time to regroup his troops and rethink his strategy - which was not delivering. The tragedy is that instead of an end to killings of civilians the Minsk-2 agreements, at least in the short term - will lead to much heavier loss of life.

The reality check in the news wire would easily prove that.

Putin has used and is on the way of losing his trump card - the fallacy that he could strike deals with Old Europe if only the US stopped meddling. The truth is that it is exactly the EU project that he is aiming at destroying or undermining.

Washington as usual is far from the war zone - beyond the Atlantic.Safe and well.

The value gap between the West and Russia remains as wide as ever - and until it is bridged ceasefires would not matter much.

That is the max one can expect from Hollande and Merkel. Let's recall Lybia where it was not until the US intervened and spared further humiliation to France and Britain in their desperate attempts to topple Kaddafi. One more reflection on the EU as a global economic superpower and a military midget. The Minsk - 2 phase - with the US missing at the table - was inevitable and the US had to hold back to give the Germans and the French test the limits of old Europe's ability to deal tete-a-tete with Putin.

The "good news"is that the Minsk-2 phase is behind and we should see the end game and the final conflict resolution.